Reflection, fear, and the status quo 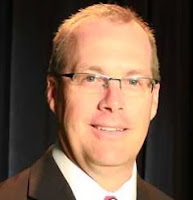 It's been awhile since I've blogged. Turns out being Associate Superintendent of Iowa's 2nd largest school district is a bit time consuming. I'm loving my new job and the opportunities the district and community are giving me to transform education. I'm busy helping our community and district have deeper conversations about learning and what "school" needs to look like and be. As I hit my 100th day mark in this new job, I'm taking a bit of time to reflect on some of the things I've been thinking about and been presented with as of late.

First, and this is somewhat of a 'derp' comment, it has become rather obvious to me that the professionals able to survive and thrive in these exciting and turbulent times have one gift or skill separating them from the pack. They are highly reflective - about their practice, about the system they're in, about their contributions to the problems and solutions, and about themselves as learners and humans. As someone who works hard to be reflective, perhaps this has become such a part of me that I just never thought about it. But I hadn't. Not until I met with the 4 induction coaches I supervise. Induction coaches are full release mentors who work with 1st and 2nd year teachers to help them develop into excellent professionals.

As we visited I posed a question to each of them, "can you already see the teachers who are going to be great and those who are struggling and may never be much more than average?" The answers came in 3 seconds or less.

"Are there common characteristics in the two groups?, I asked. Again, the longest response took 3 seconds.

"Yes. The ability to be reflective. Period."

"Really? That was a fast response! Why do you see the ability to be reflective as the key characteristic?"

"The reflective person is able to separate themselves from the performance in order to truly learn from their experiences. They inherently understand that the goal is not perfection, but constant development. They aren't afraid of sharing their failures because they see how their failures hold the key to their future success. They are willing to challenge their prior thinking, explore the questions and ideas of others, and try new things without the fear of not being perfect or great. Those who are struggling - I call them the window-watchers - seek to hide their errors or explain them away. They are already confining themselves and their thinking by looking for scapegoats or excuses or reasons why what they did wasn't perfect. They are busy constructing a facade rather than a practice. They are looking out the window for a way to explain-away their perceived shortcomings rather than looking in the mirror to learn and develop. In some cases, they have a terminal case of the certainties."

This is akin to when I get a new car and all of a sudden notice hundreds of models and colors just like mine. A new awareness of this ability to reflect is changing what I see and experience in my interactions. It has pushed me to be even more reflective and to try to model this vulnerability and humanity as a leader in the district. As importantly, it helps me to see others in a very different light. I love interacting with other reflective people and find it very frustrating and not much fun interacting with those who can't or won't.

Second, and related to the first, is the quiet power of fear. In recent weeks I've led a community conversation on the notion of bringing the Magnet school concept to our community. I've learned something really cool. Reflective people seem to naturally operate from a position of possibility, abundance, and hope. They remain open to divergent ideas. They ask great questions not to corner or catch someone but to truly understand their point of view. They aspire to the possible more than they fear the loss of change.

The fear of loss grips so many people. Our culture demands tons of research and "proof" before attempting anything new while giving the status quo a complete pass. (Think about grading practices as the most glaring example.) I see the fear of losing something trump the excitement of something new and better again and again. People living in fear (and I don't believe many people realize they are) want iron-clad assurances that the new thing will not really change anything or that every single contingency has been accounted for. As we all know, such assurances are impossible.

I've found Peter Block's work and his approach (see his book Community) is a powerful way to move people away from fear and towards possibility. In one example, I open each community conversation with 3 simple questions that I ask in groups of three. "What made you want to be a part of this tonight? What sacrifice are you making to be here? What gift do you bring to this gathering?" We then focus first on possibility and force the fears and barriers to the back. It hasn't been perfect, but I'm finding it allows those who think from a position of possibility to lead rather than allowing the default "position of problems" to lead.

Popular posts from this blog

The Two Faces of Change

February 24, 2013
Watching the annual legislative session and the political posturing by the groups and people in power I'm constantly struck by something my doc chair said to me almost a decade ago now. "Trace, we are in an ideological war that's just as contentious as the one that birthed Newtonian science and the mechanical age. Make no mistake, the current Newtonian view of the world will not go down without a fight." He couldn't have been more right. A constant struggle for me is finding ways to assist people in bridging the gap between the old way of organizing and changing the world and the new. I find almost everyone I meet cognitively recognizes that things are different. They can use the words correctly but many struggle to recognize the implicit and cultural patterns they continue to apply to the problems we face. The beauty in all of this is that almost all are incredibly passionate and bright. It took me a decade after I was first exposed to this way of thinking a
3 comments
Read more

February 04, 2011
From 1992 to 1994 I was fortunate enough to get to know and work with Dr. William G. Spady - the founder and father of Outcome-Based Education, or OBE. All of us working now to implement competency-based learning systems, dynamic teaching and learning, authentic assessment, and contextualized learning in a multitude of dimensions owe a great deal to Bill Spady. If you've never heard of Bill or OBE - you might want to read this little history lesson. In 1992 my friend and mentor,Al Rowe, connected me with his friend, Bill Spady. For those of us in education and paying any attention in the early 90's we all know him to be the father of OBE - Outcome-Based Education. He was right then, he's right now and we owe a lot to our current transformational efforts to him. Bill allowed me to participate in his workshops across the country and to hone my consulting and presentation skills as a very young educator. He was an intense and unrelenting intellectual power combined with passio
Post a Comment
Read more