The Two Faces of Change 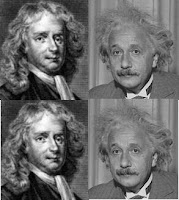 Watching the annual legislative session and the political posturing by the groups and people in power I'm constantly struck by something my doc chair said to me almost a decade ago now. "Trace, we are in an ideological war that's just as contentious as the one that birthed Newtonian science and the mechanical age. Make no mistake, the current Newtonian view of the world will not go down without a fight." He couldn't have been more right.

A constant struggle for me is finding ways to assist people in bridging the gap between the old way of organizing and changing the world and the new. I find almost everyone I meet cognitively recognizes that things are different. They can use the words correctly but many struggle to recognize the implicit and cultural patterns they continue to apply to the problems we face. The beauty in all of this is that almost all are incredibly passionate and bright. It took me a decade after I was first exposed to this way of thinking about systems before I made the first major shift and its taken the last 12 years to develop a better understanding of it and actually be able to apply it. I'm hopeful that over the next decade I can get much better at explaining and practicing it.

So, here's another attempt at it. I call this "The Two Faces of Change" and it is an attempt to help clarify the critical differences in how we see and construct our world. I'm firmly convinced that the only way out of our mess - education, economy, healthcare, etc. - is by moving boldly into a more Einsteinian view of the world.

I'm going to use an analogy that strikes me as a vivid way of visualizing the differences between these two ways of thinking. Like all analogies, this one falls apart if taken too far or if every single point is applied to it. Nonetheless, I think it valuable enough to play with.

The two faces of change can be reflected in the following images: 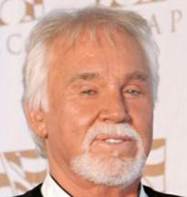 The first, a photo of Kenny Rogers, represents the idea of "reform" - the notion that you can continuously improve into something new. Think of this as the "facelift" approach. (If you're too young to know what Kenny used to look like, Google him to see why I chose this photo.)

The second, a photo of a baby, represents the idea of "transform" - the notion that the best way to secure a bright future is to create something new and more adaptable to the world we face. Think of this as the "create" approach. So let's explore the differences. I use red text to represent the old, or "facelift" view and blue text to represent the new and emerging, or "create" view:

The Underlying (and often implicit) Assumptions

REFORM - to improve upon what you already have. The basic belief is that the foundational elements of the system are either correct and appropriate or are "givens" and therefore remains the viable way to get us where we want to go. Goal is then to tweak, adjust, patch, and add features to the system in order to improve it.

Take education for example. Are we mostly involved in trying to improve the system we have without exploring the deeper elements of the system - those elements that help the system produce exactly what it is producing today? Unfortunately, this is what I see. I see some pretty wonderful ideas trotted out with Newtonian assumptions and sold as transformational. They are certainly improvements, but towards reforming the system we have. While I certainly understand that some of this may be necessary since we simply can't turn off the old education system and turn on a new one, it simply isn't enough and is often too expensive.

So what is at the core of the educational system? What are those system elements that hold it in place and produce the consistent results we've seen for decades now? In short, time and an inappropriately narrow definition of success. Everything about our system is based upon the notion of WHEN things are to happen rather than THAT they happen. Time is tied to the narrow definition of success as well. Schools are determined and even graded (ugh, another invalid way to document but that's for another day) based upon how kids score on standardized tests - given at the same time to kids roughly the same age and in the same grade. Worse yet, time drives how we label our kids because if the time comes for them to be at a certain point and they are not, they are deficient, unprepared, or not "on grade level."Our credits are based on seat time and hours of instruction. We have decided that 90 minutes of direct reading instruction is best for all kids. We disassemble learning into subjects and then teach them inside a consistent time frame everyday (45 minutes, 52 minutes, 80 minutes, whatever). We assign teachers and give them times to be in class, times they have for "prep" and times for their professional learning cadres. Kids have 180 days to learn some stuff before they are shuffled off to the next round.

We only measure "achievement" on tests rather than learning (which is much more nuanced and honestly beyond our abilities to measure effectively) and assume that it is accurate. As my friend Scott Mcleod says, "This presents a false impression of precision." Our system doesn't measure and appreciate student efficacy and engagement or the ability to contextually apply learning in nuanced and "real" ways.

Until we work to redesign a system that strikes directly at changing the above issues, our best efforts and intentions are going to fall short. Of all the cool things people are trying to get done across the state, I can only imagine how much more powerful they would be as part of an integrated design that once-and-for-all took on the faulty beliefs of time and single scores that reproduces the same results year in and year out. (And a lot of them are cool ideas - ideas that would be awesome and unleash amazing innovation in a system that was truly about learning.) This remains at the core of the debates and arguments I see happening among the best and brightest focused on this today.

Just how many more lifts and tucks can we do before we can't smile or blink anymore? Just wonderin...

Popular posts from this blog

Reflection, fear, and the status quo

November 17, 2013
It's been awhile since I've blogged. Turns out being Associate Superintendent of Iowa's 2nd largest school district is a bit time consuming. I'm loving my new job and the opportunities the district and community are giving me to transform education. I'm busy helping our community and district have deeper conversations about learning and what "school" needs to look like and be. As I hit my 100th day mark in this new job, I'm taking a bit of time to reflect on some of the things I've been thinking about and been presented with as of late. First, and this is somewhat of a 'derp' comment, it has become rather obvious to me that the professionals able to survive and thrive in these exciting and turbulent times have one gift or skill separating them from the pack. They are highly reflective - about their practice, about the system they're in, about their contributions to the problems and solutions, and about themselves as learners and hum
Post a Comment
Read more

February 04, 2011
From 1992 to 1994 I was fortunate enough to get to know and work with Dr. William G. Spady - the founder and father of Outcome-Based Education, or OBE. All of us working now to implement competency-based learning systems, dynamic teaching and learning, authentic assessment, and contextualized learning in a multitude of dimensions owe a great deal to Bill Spady. If you've never heard of Bill or OBE - you might want to read this little history lesson. In 1992 my friend and mentor,Al Rowe, connected me with his friend, Bill Spady. For those of us in education and paying any attention in the early 90's we all know him to be the father of OBE - Outcome-Based Education. He was right then, he's right now and we owe a lot to our current transformational efforts to him. Bill allowed me to participate in his workshops across the country and to hone my consulting and presentation skills as a very young educator. He was an intense and unrelenting intellectual power combined with passio
Post a Comment
Read more